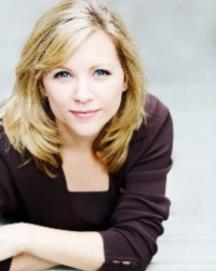 "Don't just make a living, make a life worth living!"

Noël Goldman is a wife, mother of 3, Product Developer, Licensing Liaison, and Inventor Mentor whose best known product to date is STRAP TAMERS® Bra Strap Concealers. Strap Tamers® were introduced to the market in March 2006, and in less than a year and a half Noël developed her company into a global enterprise. Strap Tamers® have been carried at most major department stores, fine boutiques, Walmart and Target.

As the inventor of this unique product, Noël appeared as a guest on The Oprah Winfrey Show's Moms Who Made Millions episode as an up and coming inventor. She then became a regular on the “Minute to Millions” segment of CNBC's The Big Idea with Donnie Deutsch, working alongside such amazing entrepreneurs as Sara Blakely from Spanx® and Mike Rowe of Dirty Jobs.

Noël is the winner of the Women's Executive Council of Orlando's 2007 Award for Outstanding Achievement in Business and a Finalist for the 2008 Enterprising Woman of the Year Award presented by Enterprising Women Magazine. She is a founding board member of LSP, The International Guild of Live Show Producers. Noël was a guest panelist at Ali Brown's Shine, a premier event for Women Entrepreneurs presented by Ali Brown. Her company, Ali International, was named to the Inc. 500 list of fastest-growing private companies in the nation.

For fun, Noël breeds spectacular Boston Terriers. If you need to smile, check out BostonsByNoel.com.